Today I start my journey into my very own Youtube Channel! I plan to Vlog every day throughout 2017, and hopefully start something where I can express myself through, and share my life and thoughts.

This week for my digital artefact, I decided to do some academic research behind content creation, and what makes content viral and reach large audiences. Chris had suggest a great book called Spreadable Media which was published by Henry Jenkins, which talks about viral media, and what it takes, and what it contains.

Henry Jenkins in ‘Spreadable Media‘, talks about every concept imaginable that is relatable to Chattr. One that he talks about is engagement and exploitation of fans and user labour, which is two completely different ways to think about your audience. On one hand, you can engage with your audience in a positive way, by creating content that they want to see. Or you can exploit your fans through forced advertising and thinking mainly about the money, rather than the audience.

The biggest example that springs to mind is Facebook, and the different methods and approaches to growth that Mark Zuckerberg and Eduardo Saverin had. Mark thought that Facebook needed to be about ‘the experience’, and so wanted to make a nice clean website, without many advertisers, and wanted to create something that gained an audience first, then start thinking about the money. While Eduardo wanted to put advertising on the website straight away, and was thinking about the money straight away, and not the aesthetics of the websites.

While Facebook obviously is a huge success, and started at university, we’re all not as committed to the level of dropping out of uni to work on Chattr full time, simply because we still don’t know how successful it will be. So while I would like to take the approach of Mark, and think purely for the audience growth and aesthetics, we really can’t afford that luxury.

There’s so much more that he talks about, including the shift to on-demand media rather than scheduled media on television, and meaningful participation. All of which are concepts that we’ve thought about at Chattr, or are things we’ll have to consider sometime in the near future.

Before I even started this subject, i’ve always been so interested in the concept of being ‘insta-famous’, and much time and effort they have to dedicated to shaping their online persona to become an online celebrity. I recently watched a great documentary about it called “The Rick Kids Of Instagram”, and it was a great insight not only on what their lives are like, but why and how they shape themselves online.

It’s interesting to see that not everyone is completely self-centred as you would have thought, and that some people are genuinely aware of their influence not just for popularity sake, but in regards to potential advertising that they can offer, and their audience reach through social networks. That’s one thing I can respect, when people start using the attention they’re getting for a genuine career/business motive rather than just for the attention. Personally for me, it seems less needy, and i’m more likely to follow someone that’s less obsessed about themselves.

A great example of someone that’s insta-famous is Kurt Coleman, with 183,000 followers on instagram. His following has grown due to his huge self-obsession and large ego, and he’s not afraid to face any hate that he regularly receives. “My new years resolution is to be perfect” (Kurt Coleman), I mean, who says that with such a serious face? He’s all about positivity and not giving a shit, which is really relatable to the youth in this generation, would could be attributed to his success.

However, i’ve always thought that being popular online came across as being a bit of a narcissist, caring too much what people think and needing that gratification from complete strangers. Weiser (2015) studied the relationship between narcissism and online popularity, and found that his “investigation suggests that posting selfies, as with other self-promoting behaviors, represents an avenue through which narcissistic needs are expressed through social media.” Weiser (2015).

He goes on to talk about how these individuals think they’re attractive, and that in most cases, they generally are. Which personally I think reflects more on society rather than the insta-famous person itself, in the end we choose who will be a celebrity, and perhaps we have to admit to ourselves that image has something to do with that.“These individuals may consider selfie-posting as a conduit through which they can use their looks to garner both attention and admiration” Weiser (2015).

Selfies however, are now a house-hold regular activity for everyone in the family, so I guess we can just be thankful that grandma won’t be the next online celebrity.

Weiser, EB, 2015, ‘#Me: Narcissism and its facets as predictors of selfie-posting frequency’, Personality and Individual Differences, vol. 86,<https://goo.gl/VdIBWi> Accessed on 29th March 2016.

It took me a while to really decide what kind of game I wanted to create for DIGC this semester, and i’d be lying if I said I wasn’t thinking about it throughout the holidays. During the long break, I decided I wanted to create a type of card game that requires an engaging and attentive participants, as I found these types of games particularly entertaining. I drew influences from multiple games throughout the holidays (with the lack of university work) including; Cards Against Humanity, SpyFall, Bohnanza and SuperFight. I also found a great Youtube Channel that uploads a type of “Let’s Play” with all sorts of games that I found pretty relevant!

So here’s my game: Survive

The idea of the game is for the main player to think his/her way out of a situation and survive whatever event is thrown their way by the “Devil’s Advocate(s)”, overcoming their weakness and taking advantage of whatever strengths they have. It is then up to a judge to decide whether or not the player survives, or if their arguments and plans would ultimately have them killed.

I plan on designing the cards myself and printing them through an online service in the next few weeks, but i’m going to be bringing in some rough paper versions of the game to see what the game play is like, and see if the game mechanics need any changes. I’m excited to make the game, and see who can survive!

Last year, Chattr recorded and released a video series called “Uni Life Savers”, where we aimed to interview students around campus about topics regarding the university lifestyle. As well as just recording and editing a short video series, we also did extensive research into media platforms to release onto, advertising through Facebook and did some serious statistical research. We also experimented with looks for the show, and using different equipment to create a different feel to the show. I’ll be going through the practical side of Chattr in a later blog post, where i’ll talk in depth about how we film and what we use.  Here’s a great example of this video series:

Chattr has now become much more than one video series. It’s become my full time job. Chattr has become a media and entertainment business, almost like a mixture between Buzzfeed, Vice and College Humour. We have a group of dedicated people who all see the potential of what Chattr could become, and want the chance to learn and be involved in this industry.

Chattr has evolved into a popular media entity around UOW, as well as other universities. We moved our intended demographic to outside of the university, and broadened our reach to Sydney and Wollongong as a whole, aiming for 16-25 year olds.

We’re planning on releasing 7-8 videos per week, including; Our classic Vox Pop series, Surround Sound (music) segments, Staff Videos, Shorts and our own twist on the news. We’ve also invested into a website chattr.com.au which is still in it’s development stage, where we intend on earning revenue through online advertisements,  and publishing all our videos and articles.

What It Will Be:

While it’s too early to really see what Chattr will become, I can only really speculate with what i’d like it to become. We set out with Chattr in 2016 with the aim of creating our own paid full-time jobs by the end of the year, along with everyone else in the team, so that we would be able to jump straight into jobs that we’ve created ourselves.

With the growth that we’ve seen so far, i’m confident that Chattr will pick up throughout this year, and will become a recognisable brand throughout certain uni’s in the next few years, especially with the partnerships and opportunities we’ve had at Western Sydney University, Macquarie University, University of Technology Sydney and University of Wollongong.

Chattr is something that i’m investing my time, money and life into, and both everyone helping out and myself hope that the success of it reflects the time and effort we put into it. I’ll be writing about Chattr for my blog posts, and reflecting on the theoretical and practical sides of it. 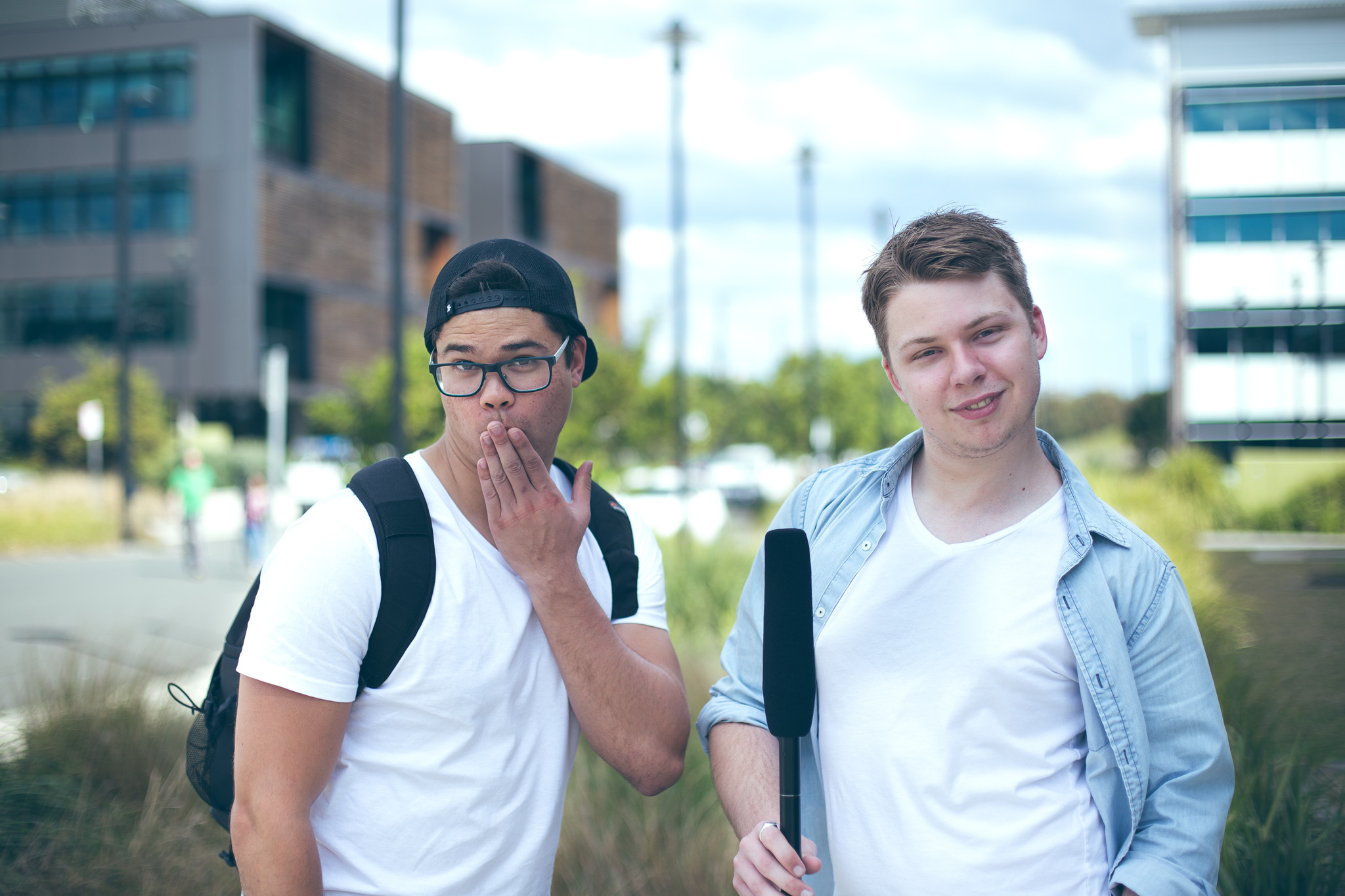 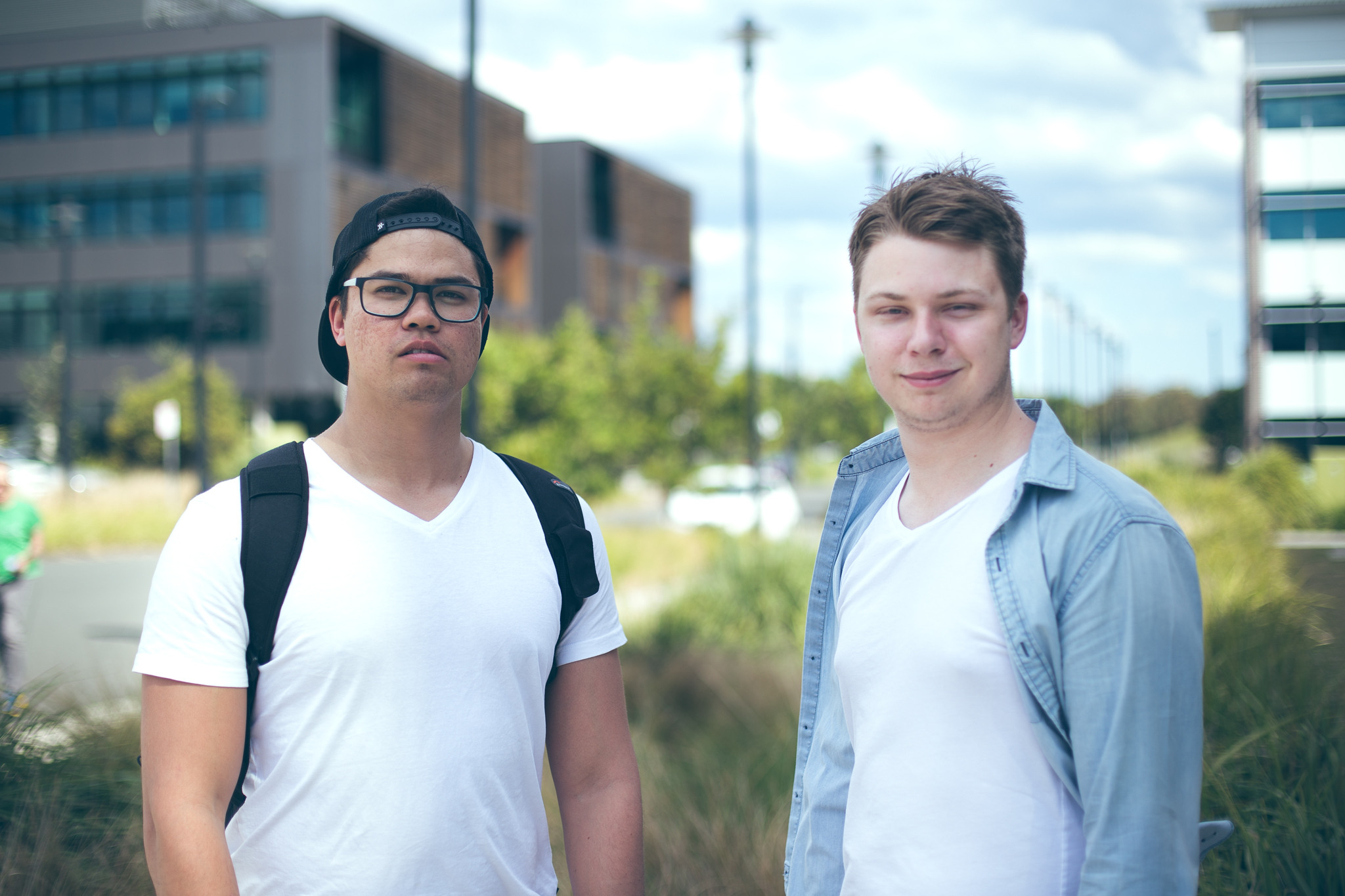 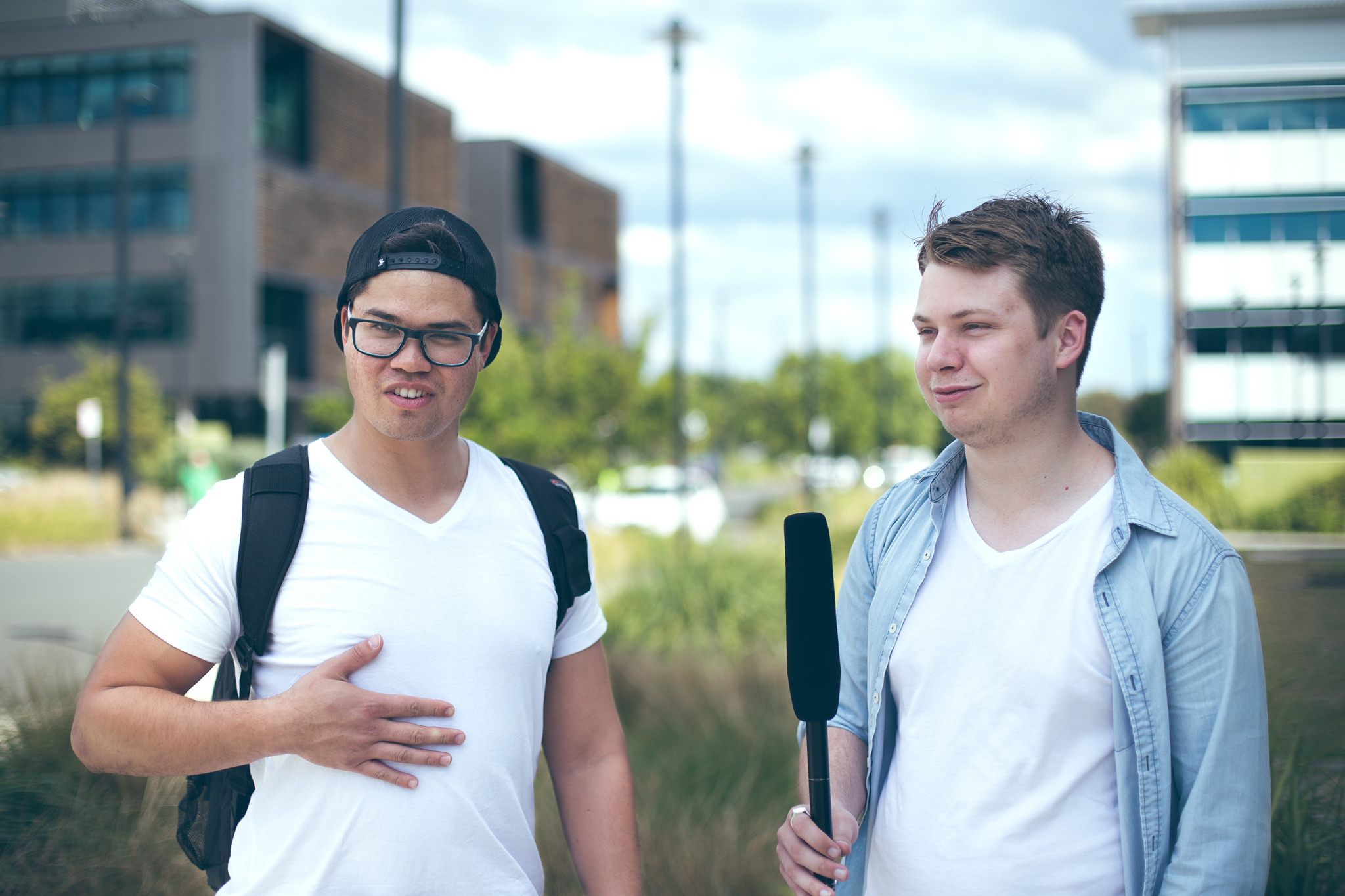 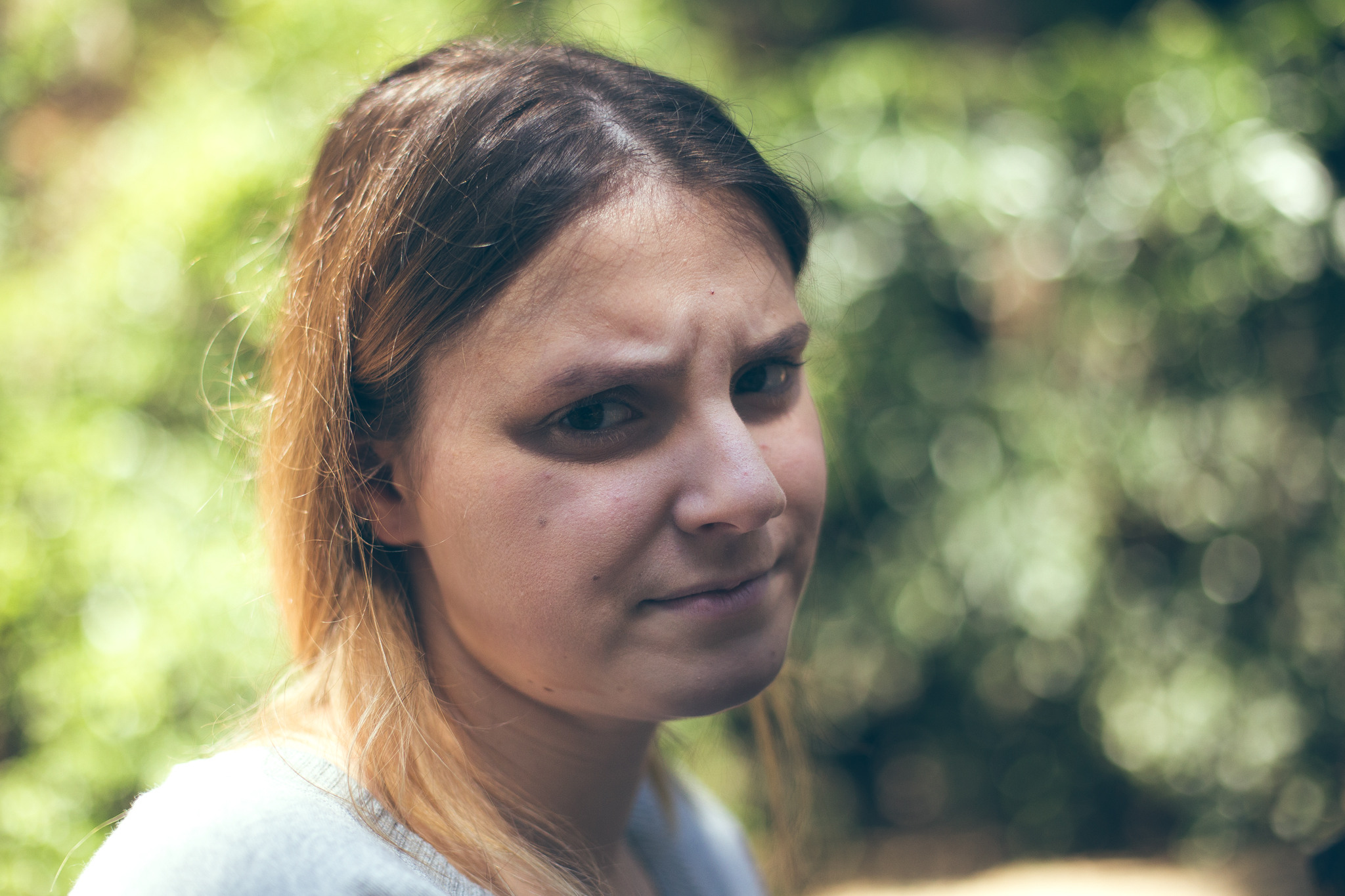 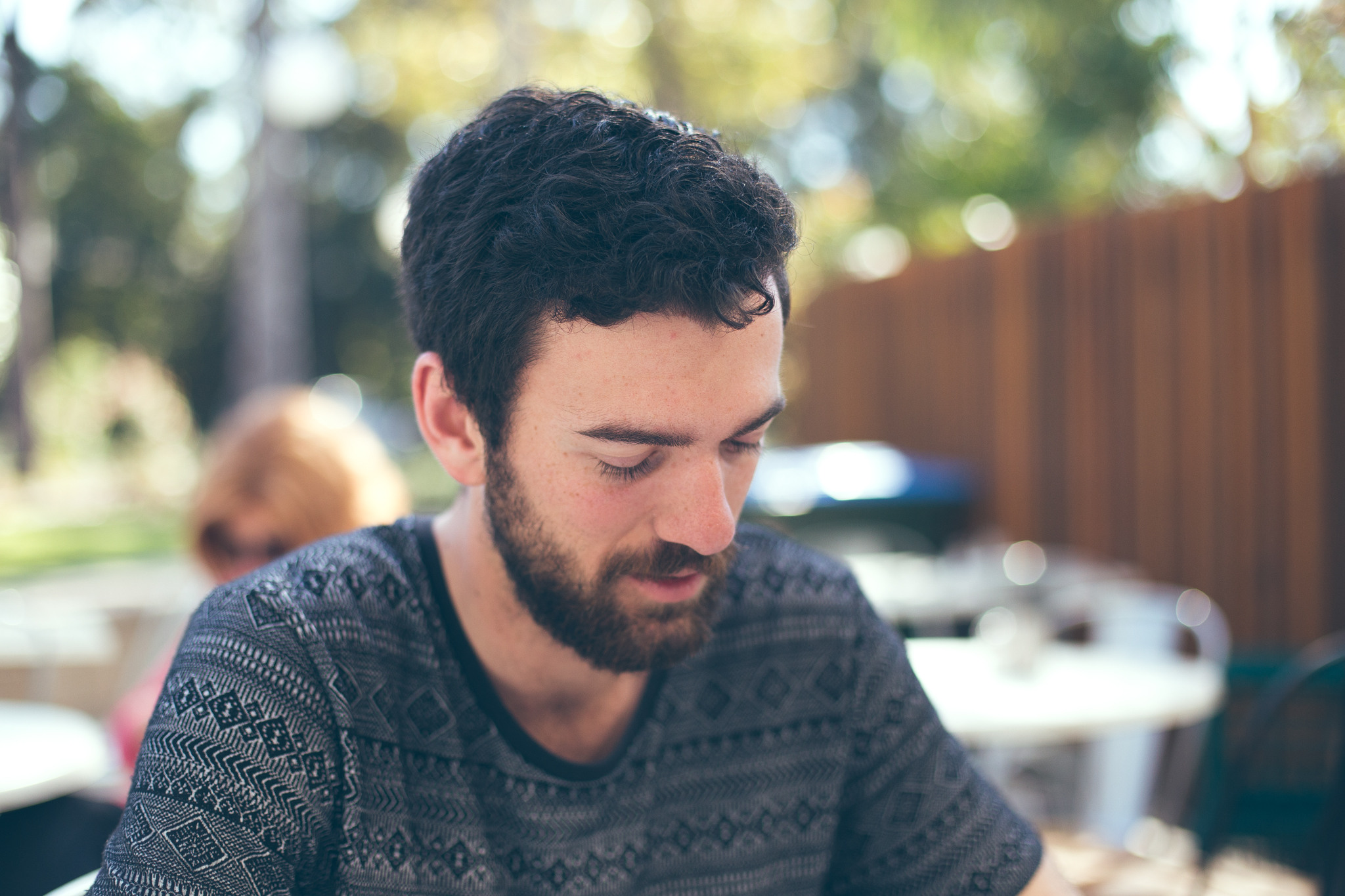